1. The BAJA SAE team from the Oregon Institute of Technology (OIT) in Klamath Falls takes part a single competition per year (the BAJA SAE West competition, which is usually held in Oregon or California).

2. The Formula SAE team also takes part a single competition per year (the one in Lincoln NE).

3. In the past, the Formula and BAJA teams used to maintain handwritten notebooks.

1. The BAJA team found it challenging to explain to the design judges, in the limited time provided, what was so special about the design of their subsystems.

2. The BAJA team ran into problems that could have been prevented relatively easily back at Klamath Falls, by checking their vehicle against the judges score sheet.

Aspect of Ecosystem the BAJA SAE Team Found Most Useful

1. The BAJA team was quite encouraged to see all the FEA files linked into the Calculations & Analysis tab of the Ecosystem.

2. The BAJA SAE team liked the Gate Review tab of the Ecosystem.

1. The Formula team performed below expectations, largely due to lack of documentation, combined with absence of key personnel.

2. The lead for suspension and frame contacted the faculty adviser, early in the morning on the day when the team was set to leave for Lincoln, and told the adviser he could not go.

3. This left the faculty adviser in tough situation, because the suspension and frame systems had not been fully documented, and there was nobody to step in, esp. not on such a short notice.

4. The faculty adviser thought the Formula team would have made the design finals, if this had not come up.

Aspect of Ecosystem the Formula Team Found Most Useful

2. The faculty adviser believed the Ecosystem would provide huge help to next year’s teams.

3. The faculty adviser thought the Ecosystem could provide an effective way for defending the marketing presentation based on the Formula SAE rulebook.

1. Students would not have a choice: They would be required to use the Ecosystem SW.

2. We arranged things such that there is no risk of SW inconsistency problems during the academic year.

3. The Formula and BAJA teams had 3 years of design data to import into the Ecosystem.

1. The BAJA team acknowledged “Imagars LLC” on their vehicle under “Special thanks”.

2. Usage of the Ecosystem SW earned the BAJA SAE 10 bonus points under a Design Innovation category.. 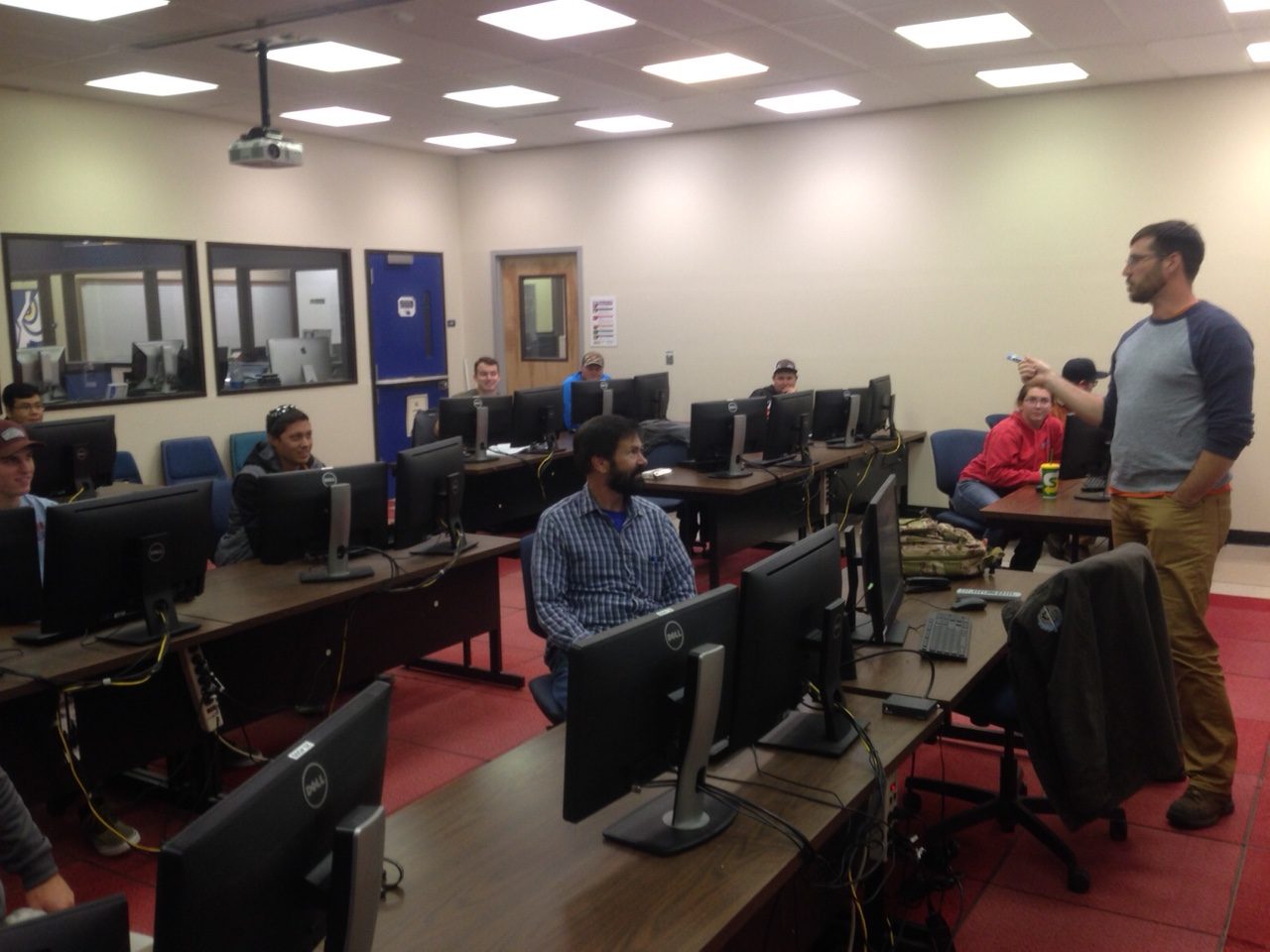 The BAJA SAE team at OIT Klamath Falls using the Ecosystem 1.09 SW during an Oct. 21 ’17 project planning meeting.
Christopher M. Runnels, the team president is standing. The faculty adviser, Prof. Brian Moravec, is sitting next to him. 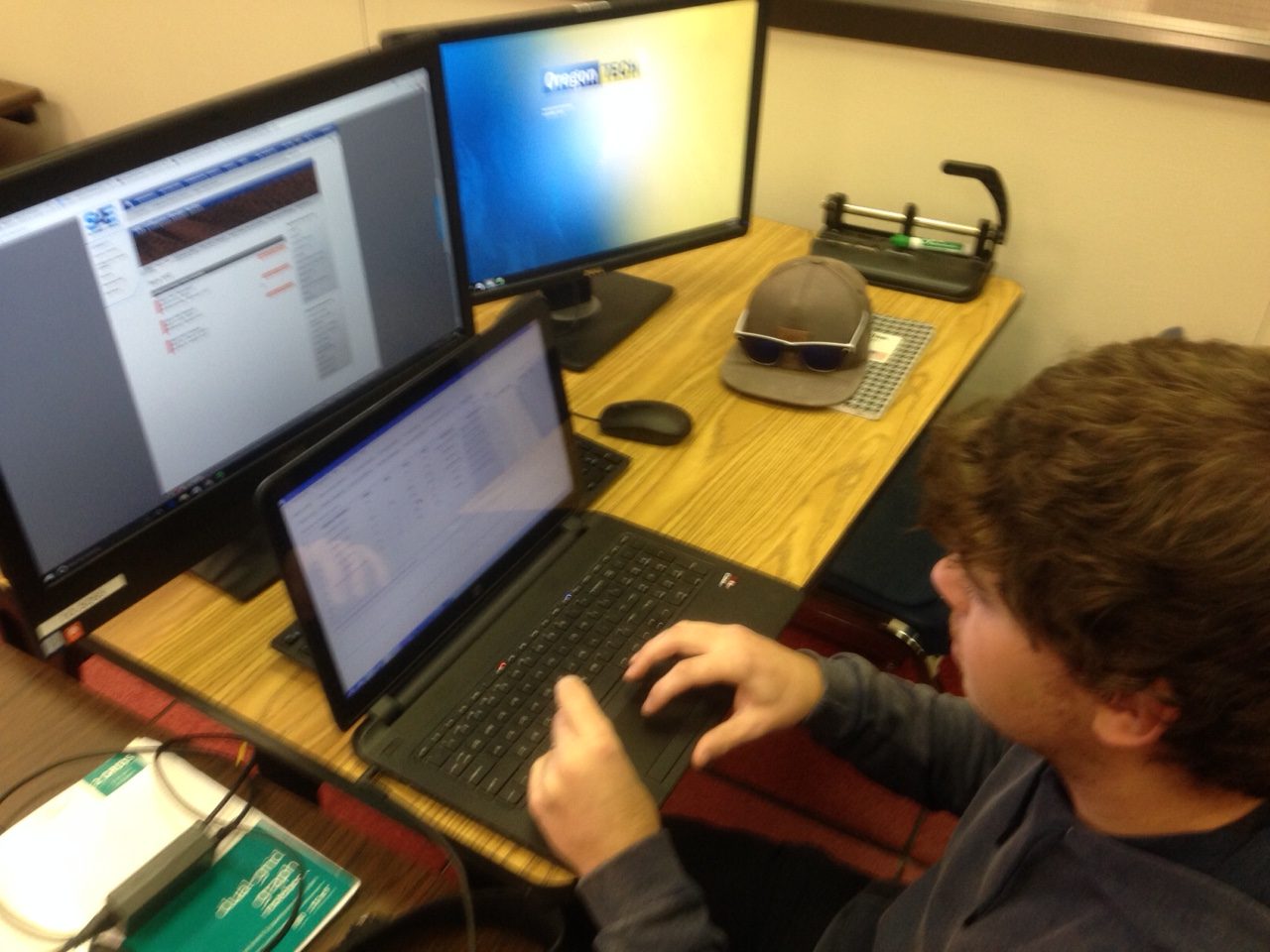 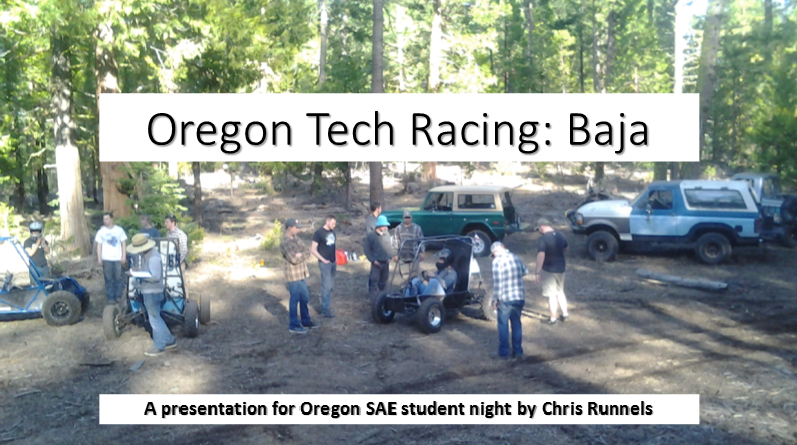 During the 2018 competition, Oregon Tech acknowledged “Imagars LLC” under “Special thanks” on their vehicle

Demonstration of use of Ecosystem 1.20 SW for design of body panels for a BAJA SAE vehicle by Oregon Tech Portland-Metro 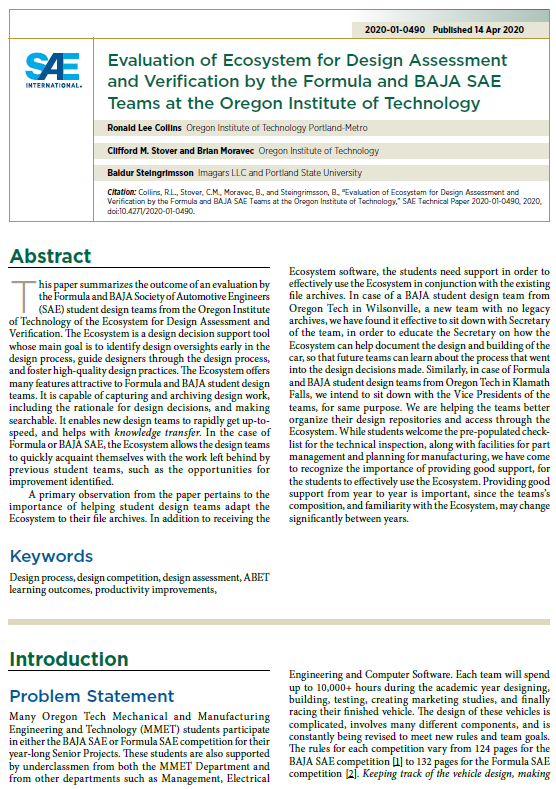